Below are Brian’s most recent publications. See five star reviews for the two books below: ‘A Pilgrimage of Site’ and ‘A Tragic Carmody’ on Amazon. Reviews for the other two books: ‘ An Unscheduled Life’ and ‘The Exchange’ are provided below.

Drawings by Brian Whelan with quotes from his friends 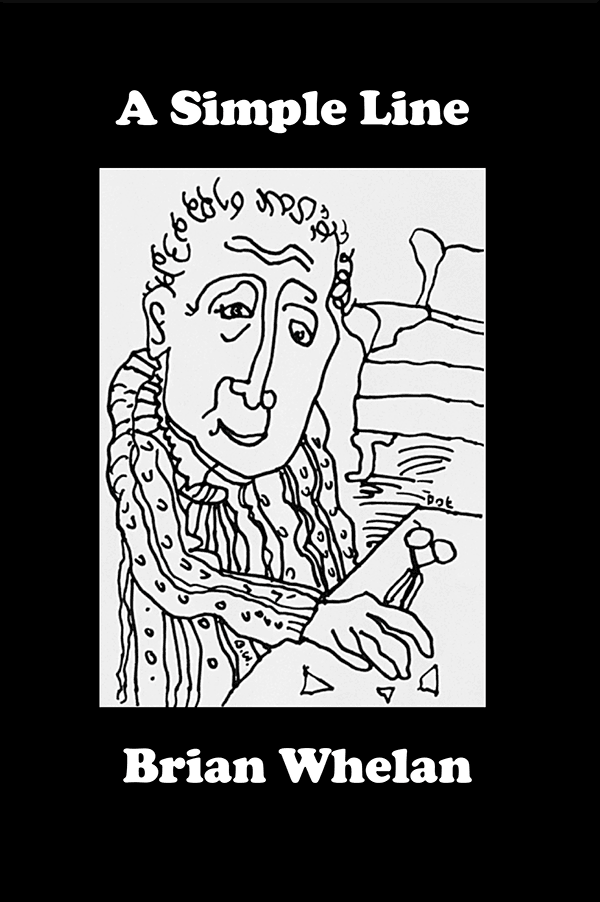 Artist Brian Whelan explores the mystery of A Simple Line and relates stories in his long career as an artist that shed light on what some will call the illusive capture of likeness and others the stealing of a person’s soul - and he does this with more than 200 playful drawings, each with a quote declaring their own view of life.

A Pilgrimage of Sight: Behold the Holy City

paintings by Brian Whelan at the Washington National Cathedral 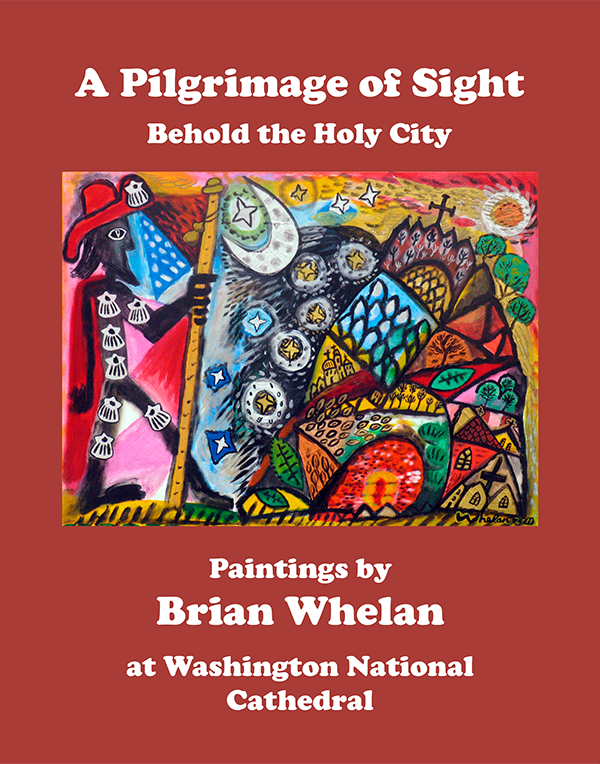 There is a sacredness of place that resides in the heart and imagination of the pilgrim. This book is about those places. Those thin places. Where heaven and earth are so close they actually seem to touch. 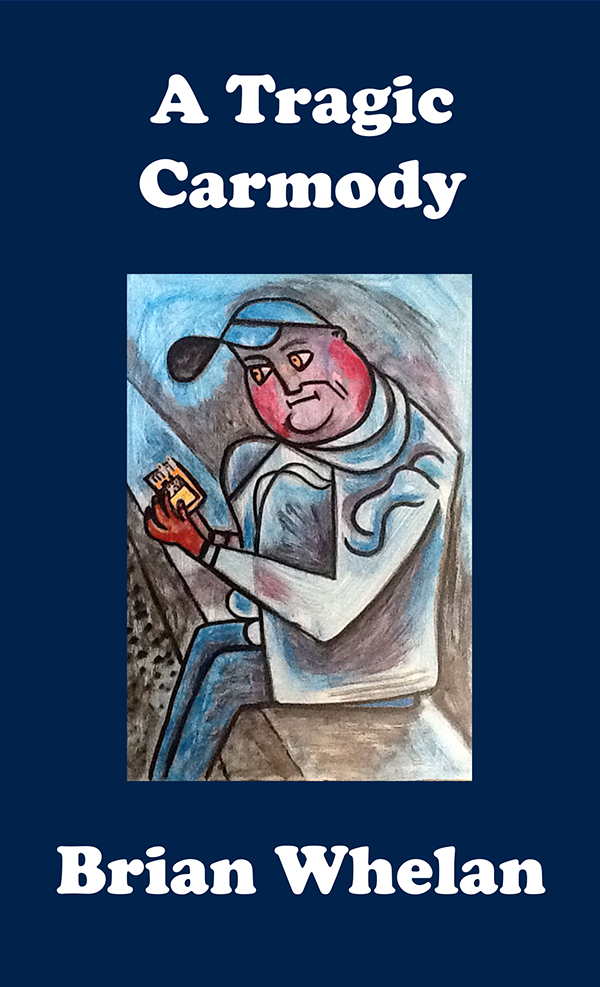 This novella is a true story about a collaboration between Brian and Galway man, builder and self taught artist Danny Carmody, as they attempt to stage an exhibition of London Irish art.

This is Divine Comedy in its Truest Sense 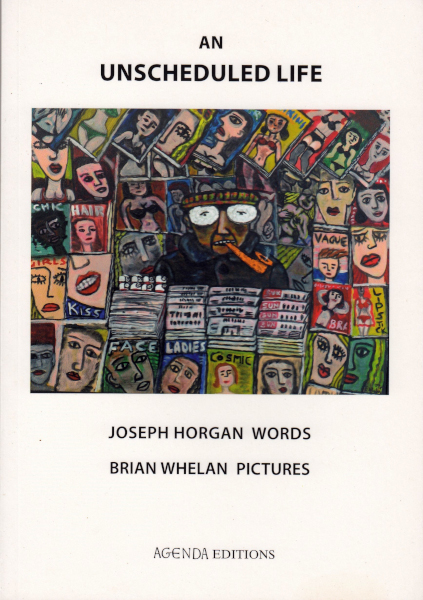 28 poems composed by award winning Irish Poet Joseph Horgan, each accompanied with a drawing by Brian.

Nothing lights up a yard like the moon'- that line did me good and I'll be reading more of An Unscheduled Life for similar lyric flashes.

...a handsomely produced collaboration…Whelan’s pen and ink drawings have a life of their own and do not in any way merely illustrate the poems…In poems that have the lyricism of Paul Eluard and the solipsistic austerity of Samuel Beckett, Joseph Horgan has created a vision of the city that is unique, memorable and disconcerting.'

Every poem and picture works closely together like sections of a puzzle joining the fragmentary lives that exist on the edge of society. The combination makes for a haunting book with every poem and drawing enhancing the view of the other's perspective. Whelan’s lively illustrations - there’s one on each left-hand of the page - embody a childlike flamboyancy, many of them displaying a dashed-off panache as if scribbled quickly on the back of a napkin. These aspects are what give this book its unique and moving aesthetic. This is poetry and visual art working at its best together. …a book of great heart and subtlety

Often, Horgan writes in a blunt free verse, but there’s a ballad-like quality to many of his poems too, with certain lines repeating almost like choruses. Another musical analogue that comes to mind is the song “Working Class Hero” by Liverpool-Irishman John Lennon, with its bitter lyrics describing exactly the sort of upbringing that Horgan reflects in An Unscheduled Life. He often matches Lennon’s irony in these angry but satisfying poems. Paired with Whelan’s drawings, which are occasionally reminiscent of Picasso’s, they make for one hell of a little book. When it ends (and it goes quickly, half of its 61 pages being poetry and the other half the artwork) with the tight, compact, alliterative “Last orders,” you just might want to start over from page one.

The Exchange: Thoughts on Faith, Art, Science and Culture 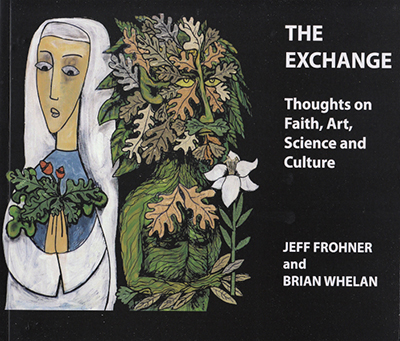 For anyone who has tried to find the words to describe the power of an image or the vision of the artist - this book is for you.

Brian and I have not set about to define the meaning of his art, but to invite you into the space we have discovered.

It is a place where angels and demons sit side by side and join in the conversation. Nothing would make us happier than having you join us in this journey, but I’ll warn you in advance, it might cost you a round or two—unless the angels are buying!

This book is the best night out I have had in ages. Great conversation about all the things that matter and that don't. It takes you everywhere. Like sitting around a table listening to two wise friends. I'd recommend it wholeheartedly. And bring a beer.

What a triumph! It could not be better done, more insightful, more enquiring. I felt moved when I read it.

The Exchange has renewed my excitement for narrative once again! It is just a delight and is fabulous to read

He goes to dark, grim places, places that in the modern world we like to pretend don’t exist and when he gets there he cracks jokes. This work is the work of the medieval jester.